Providing the best quality cattle to gain and maintain customer satisfaction is our highest priority. 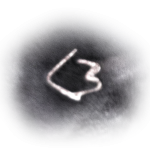 If you are unhappy then you won’t be back to see us.  Satisfaction is our top priority.

No sale rings, no quick decisions, no competition. Take as much time as you need.

Our goal is to provide you with information and time to make decisions for yourself.

We have been in the game a long time.  Over 40 yrs of A.I. and strict culling.

Feel free to call us and ask about options for spreading the payment out through the calendar year.

Producing superior Gelbvieh bulls & heifers and Balancer seed-stock is our passion, and we are extremely proud of our Gelbvieh genetics and their ability to make the commercial cattleman more profitable.  Providing the best quality cattle to gain and maintain customer satisfaction is our highest priority.  We take the guess work out of choosing your next Gelbvieh bull by the use of proven D.N.A and EPD data, giving you a completely transparent view of our Gelbvieh cattle.

This spring we will have over 60 Gelbvieh and Balancer bulls for sale.  All bulls are registered with EPDs and performance data.

When it comes to our Gelbvieh heifers, we are just as strict with them as we are with our bulls.  We are extremely proud of the Gelbvieh and Balancer heifers that we produce, and guarantee they will produce a positive influence in your operation.  For more detailed information regarding our breeding program and available females, please contact Jerry.

Our philosophy on feeding, whether it be during development or on our dams in the pasture is to never over-condition.  We rely on our strict culling to determine which genetics are working for us and not the other way around. By not over-feeding, it shows us any animals that just aren’t keeping up with the others and we can make better decisions for us and our customers.

Honesty and integrity are essential in developing a lasting relationship with our customers.  The data on any seedstock suppliers genetics are only as accurate and the person recording them. We do not cut corners or bend the data when it comes to our cattle.  We take pride in having 100% tranparency with our current and future buyers.

We treat our registered herd just like the average cow-calf man treats his.  Like the cow-calf man we are to busy to have to deal with animals that waste time and dollars.  Fertility, udder quality, foot quality, feed efficiency, fleshing ability, and most importantly docililty are all traits we cull very hard on when it comes to our cow families and replacement females.

Today’s beef industry requires that you work hard for your cow herd. With Gelbvieh and Gelbvieh-influenced cattle, your cow herd will work as hard as you do.

Pounds still pay. It’s well documented that the Gelbvieh cow weans off more pounds of calf. And a Gelbvieh bull on your commercial cows gives you an advantage in heterosis. That means at weaning time, you’ll get bigger rewards.

You don’t have time to do Mother Nature’s job. Gelbvieh cattle are known for their fertility, milking and mothering abilities, and docility. You don’t have worry about losing money on cows that don’t breed back or cows that won’t raise a calf. And, should there ever be a problem you don’t have to worry about handling an animal.

The Meat Animal Research Center shows that Gelbvieh cattle have worked harder than any other breed at maintaining a moderate framed cow – meaning that those cows maximize efficiency and save you dollars.

Our headquarters are in NE Kansas but our cattle graze in different locations with different grasses.  We have cattle that graize the bluestem from the Flint Hills and we have herds that live in Central Missouri in the heart of fescue country.  Ask us for our Fescue Formatted bulls and heifers if this is a priority for you!

Over the years we have offered a unique program to our open heifer buyers.  We fully develop the heifers and put them through an A.I. protocol to be backed up with a bull from us or one that the buyer currently owns.  We normally hit 70% or higher conception rate and sell these below the bred market price.